How To - New PO Notifications for Supervisors Print

ClickHome notifies Supervisors when a new task is created due to PO matching. This is done in two ways.

The contract record on the server has a Scheduling Status which indicate how the PO's have been loaded to the job.
This example below shows the Brown house indicating PO's have been updated.

When the callsheet is opened after synchronising and downloading the new tasks, they are highlighted on the iPad with a brown row.

On the iPad the normal house icon should be green indicating everything is as it should be. When the house is brown, it indicates that a PO update has happened. The Supervisor must acknowledge the updated information... This is done by 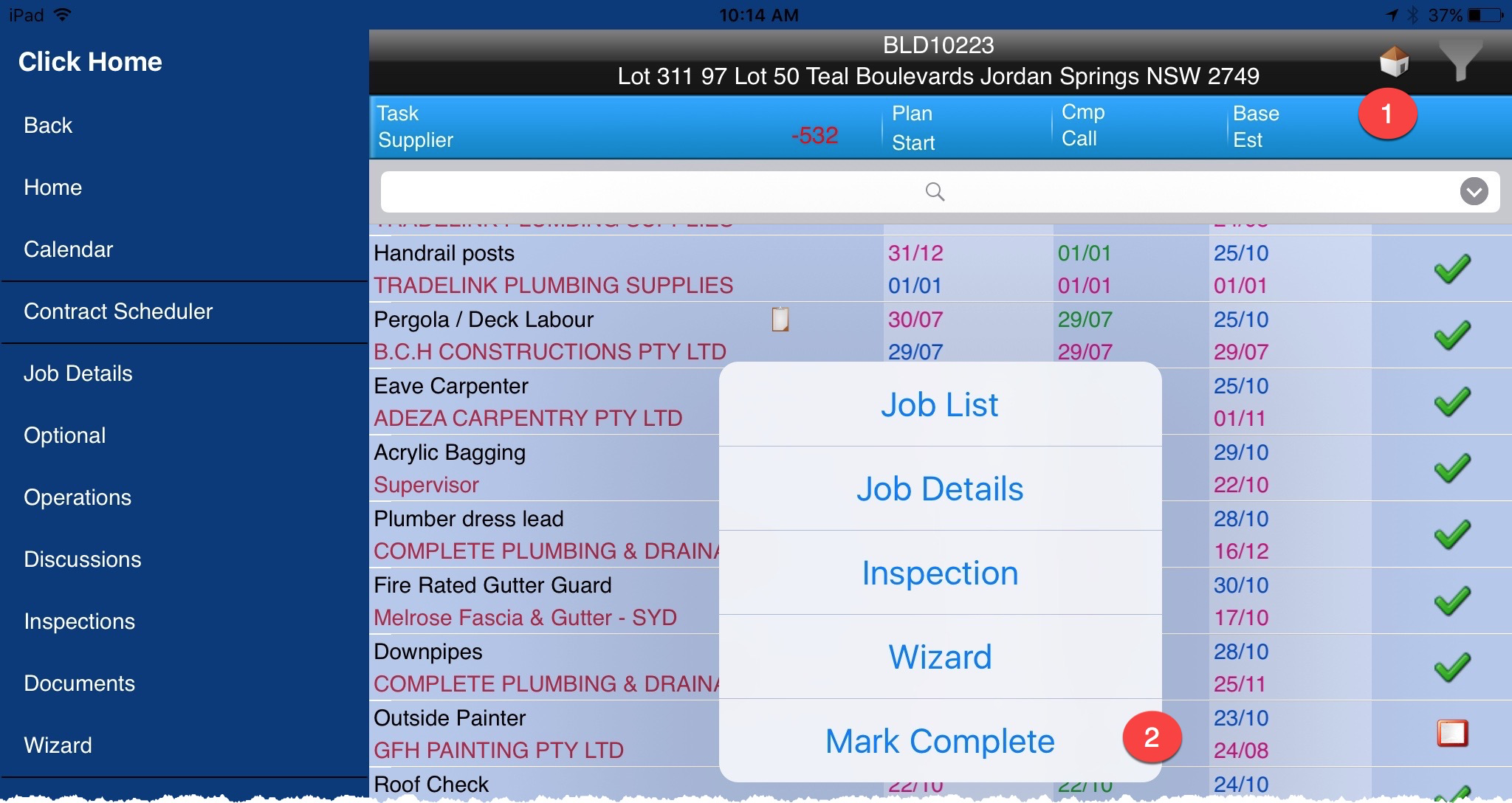 And then Yes on the popup warning..

The house icon is now Green on the top menu and on the job list.

This will update the server after performing a sync operation.