This document will explain how to tailor the MyTask list to include/exclude tasks based on the task status and the Date Planned. Before configuring the validation settings, see the article MyTasks List Configuration : ClickHome Support for an explanation on the order of precedence that the MyTasks settings operate with. As of the HTML 5 UI, these settings will be deprecated.

Tasks that have been planned(meaning they have the value 'P' in cdTaskStatus) and assigned to a staff member will not appear in the MyTask List if the Date Planned is more than the Current Date plus the number of Days in the validation setting ClickHome.MyTasks.HideAppointmentsUntil.
This means that the task can be "snoozed" after the initial follow up has been completed, which will prevent it from cluttering the MyTask List until it is due to be actioned based on the date it has been planned for, which is stored as "Alternative Date Planned".

For instance, tasks such as "Land Settlement" and "Finance Approval" will usually appear quite early in the pre-construction workflow, but are usually only used as a precedent. An example of this is doing Scheduling later down the flow, where these tasks are listed as a precedent. By planning these tasks, they can be removed from the MyTask List until it becomes necessary that they must be completed.

If a delayed task needs to be completed earlier than the date specified in the Alternative Date Planned then you are still able to manually search for the job and complete the task, as it is already planned and ready to be completed. Users are also able to configure reminders for the delayed tasks if they wish to be given an extra notice when it must be completed.
If the delayed task is not completed prior to the Alternative Date Planned, it will reappear in the MyTask List at the specified date for follow up. This process can be repeated if necessary. Note that using Reminders is also key for follow ups on these kind of tasks (settlement, finance etc.)
To use this functionality a user must have access to the operation code 7309 RevisePlannedStart, to allow for editing the Date Alternative Planned field within a Task. Generally the user is also required to have the relationship of being assigned to the Task before this operation code is made available. 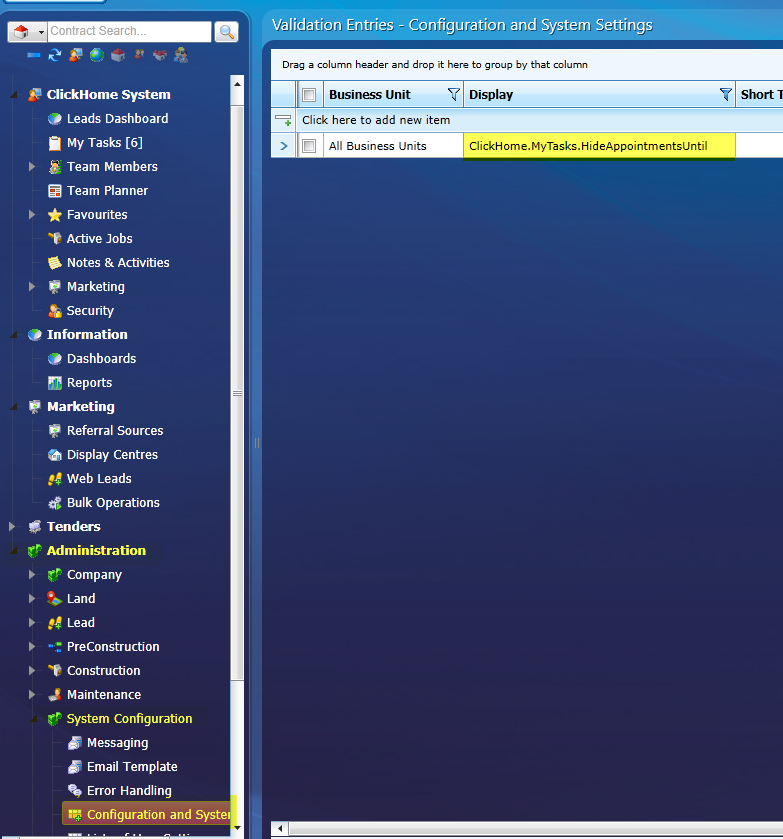 Joe has a Task that has been followed up today, but we won't be ready to complete it until the end of July, but it is still only a 1x Day Duration task so it should be completed on the same day it is 'Planned' - which the system currently expects is today.

Task is now no longer showing after hitting the 'refresh' icon on the MyTask list or waiting for the auto-refresh interval - Note 10x Tasks now and not 11x Tasks.

In the Job itself, you can see that the Task has an Estimated Date (Forecast) of 31st July now but you can still see the original Planned Date. The tasks that occur after this are also 'pushed out' in terms of Forecast - this gives you a more realistic timeframe for your Job knowing that you were unable to complete this Task immediately.

If at any point Joe wants to see all of his Tasks that aren't showing in the MyTask List (Date Planned is in the future more than 5x Working Days, then he can run the standard report 'My Task List' and see all the tasks that are not showing in the regular MyTaskList interface. 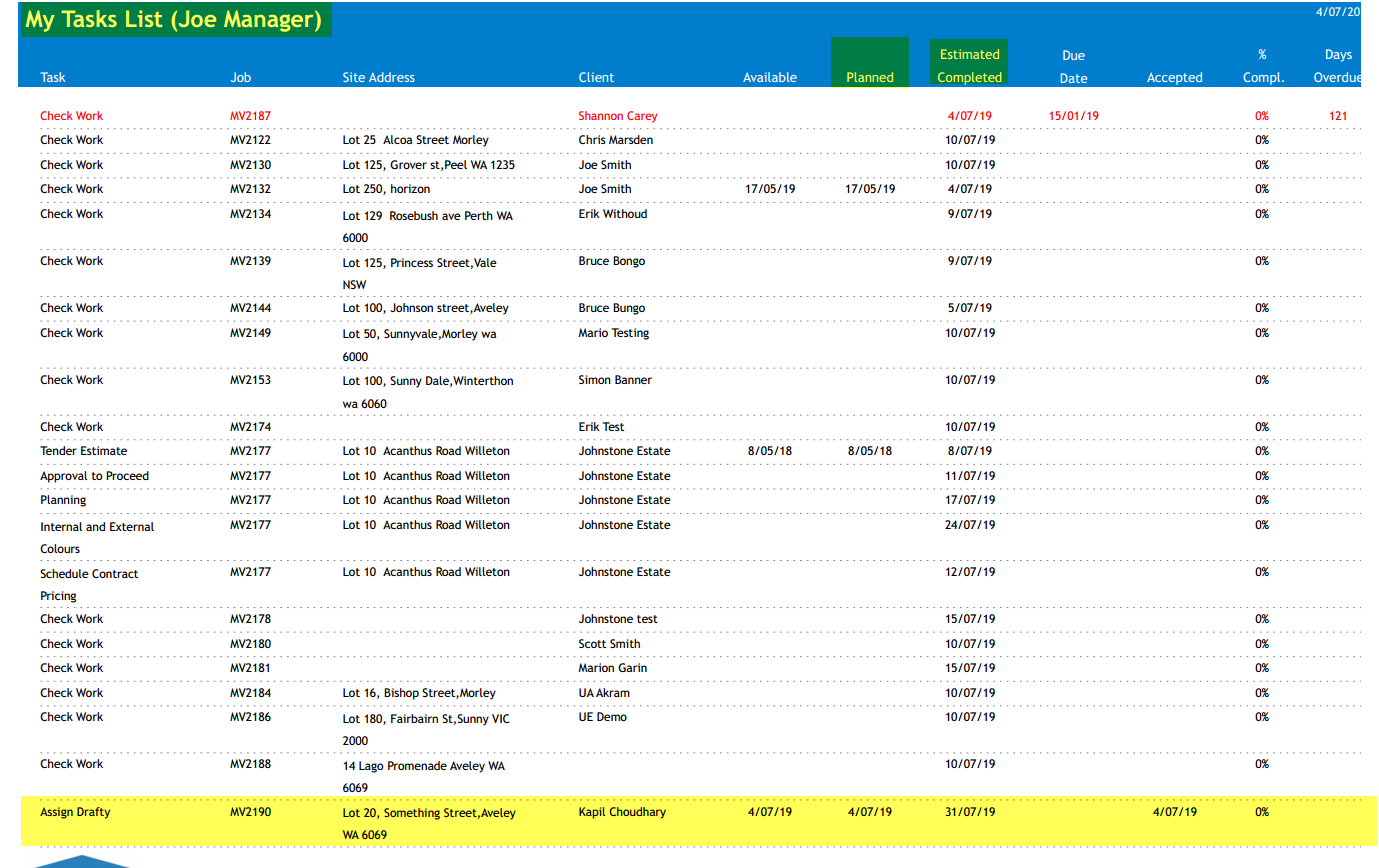 At any point Joe can still search for the Job and complete the task within the Job's Task List as per usual.