The release process differs for iPad, Tablet and the ClickHome server modules.

The release process is based on the Apple AppStore processes and restrictions. Releasing something to the AppStore takes a few days, depending on the relative volume of changes. Sometimes it can take a week or more for Apple to review, test and approve the ClickHome App, sometimes it takes only a few days. The version of the iPad we release will be compatible with the current version of the ClickHome server modules, and in many cases it will be dependent on the latest version to support new features and functionality.  We will also make sure that it is compatible with all versions of ClickHome released in the past year for existing functionality, but not new functionality.

Once Apple has reviewed and approved the version, we will publish the release notes here.

The release process for Tablet/Laptop will be similar to the iPad, except without the approval process by Apple.

Once we have tested and prepared the new version for release, we will publish the release notes here.

The ClickHome Server modules include:

There are many new versions each year, and they fall into 3 main categories:

Once we have tested and prepared the new version for release, we will publish the release notes here

The best way to stay informed of Release Announcements is to subscribe to https://release.clickhome.com.au/ 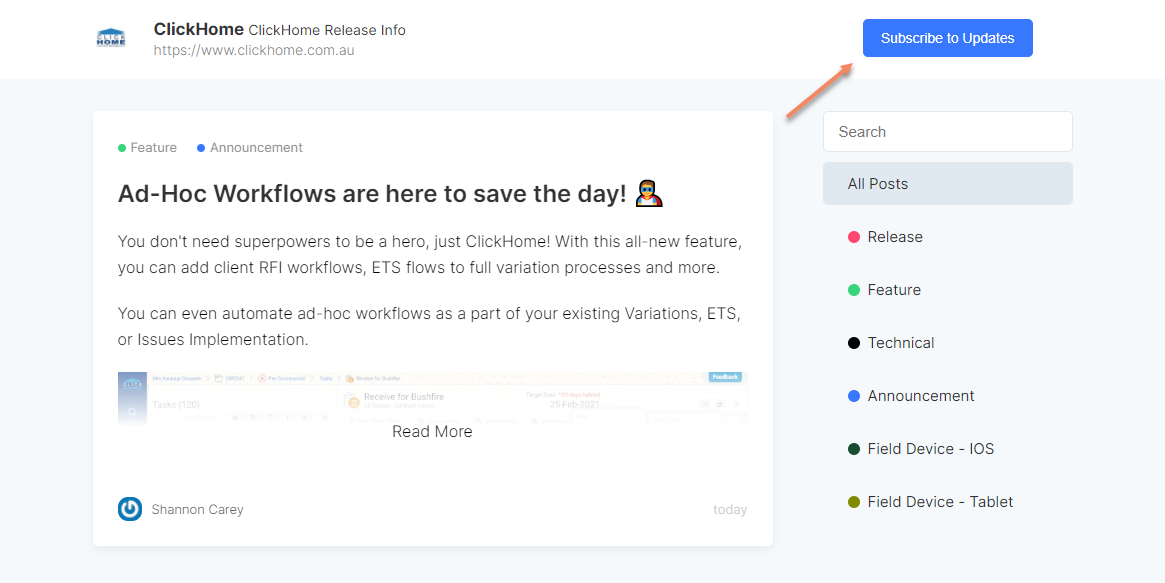